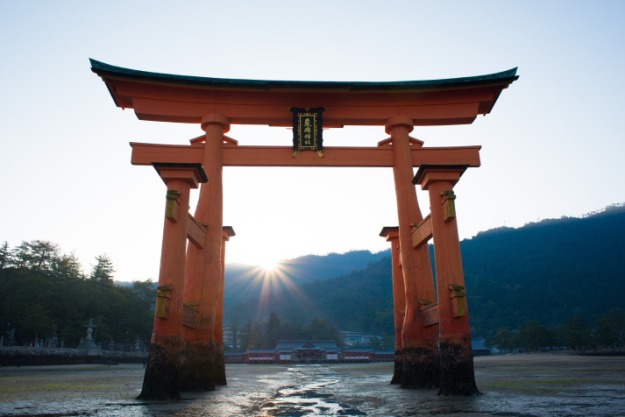 The final Fire&Ice challenge, week 19 – write 200 words or less based on the above prompt, including a mythological creature or a non-Earth world (oh, and Sarah, I borrowed one line from you)…

We humans were overjoyed by the gift of fire, since it offered light, warmth and an alternative to raw mammoth. We learned, though, that it could be angry, and we quickly grew tired of being chased from our home by our own heating.

We turned to Andiron, goddess of fireplaces. She made fire our friend, tempered its temper, made it something to curl in front of rather than cower away from.

We built grateful shrines to Her Grateness, their legs daubed in ceremonial soot.

Then we found Thermostat, god of central heating. Weak and fickle, we turned our hearts from our hearths, paying homage to our new god by banging loudly upon gurgling pipes.

Smoke no longer rose to heaven. The shrines sank into the mud. We bricked up our fireplaces.

But Andiron has fire in her belly. She visited a sleeping human in a shower of sparks, not for salacity but simply to whisper the word “barbecue”.

We now have new shrines to her, small outdoor fireplaces where we gather to offer burnt sacrifice.

Fire&Ice contest week 17 – the photo above, 140-150 words and include a stolen or a mistaken identity…

He loves the warmth of the sun on his skin. He loves the sparkle of water droplets, tiny diamonds of liquid joy, as he swings his arms into cold blue sky.

He loves seeing how long he can hold his breath overwater.

Ythyl Merman lives in the baltic depths of the Baltic Sea. He hides from humanity, since a species that clubs seals and thinks it can slow a whale with a pointy stick is one best avoided.

He enjoys his guilty pleasure – skinny-dripping, he calls it – only where he knows he will be alone.

Well, apart from the day he mistakenly burst gloriously through the surface right into the midst of the Danish Synchronised Swimming team.

He was gone in an instant, and in a back-flip that left a long arc of water, like a ponytail.

Which is why the statue is of a girl.

Children do not have the words.

Their gestures say so much – the sudden hug, the linked arm, the turned shoulder that icily tells you that you are no longer in the gang.

They do not have the words for I’m sorry about your Mum.

So Samir had sat in silence on the bus on this first day back. Sunil, who shared the double seat with him, had spent a lot of time pretending to root in his schoolbag while trying to convey support through regular heavy sighs.

As he waited for class Samir sat alone in the yard, watching the chasing, and the football, and the world just going right on.

Now Neha and Renuka sat down beside him. Renuka took a banana from her bag and gave half to Neha, then both turned to offer some to Samir. They ate together, wordlessly.

Their gestures say so much.

Fire&Ice week 15 – this photo, 180-190 words and include something or someone unseen or foreseen….

It is one of the great mysteries.

Not the termite mound, which is simply proof of all species’ desire to have a bigger house than their neighbour.

No, the great mystery is why any scientist carrying out a radical experiment will always fail to check his work area for insects.

The white-hot flash, the bang, the smoking lab. They really should see that coming.

The dejected scientist moved into architecture, where he successfully exploits a new-found talent for skyscraper design.

The now magnetic termite moved into the outback.  He had little choice. It started with him having to fend off paperclips, thumbtacks and small change, but his power grew by the day until, in an incident that still gives him nightmares, he was hit in the face by a belly-button ring.

Far out in the wilderness he has built a hidden sanctuary for similarly afflicted creatures – radioactive spiders, fevered flies, unharmed but annoyed cockroaches.

He calls it Bug Off Humans. 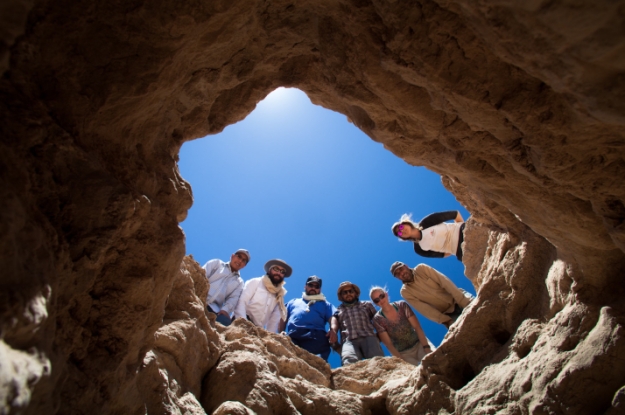 Fire&Ice challenge week 14 – this photo, 103 words exactly, and include a statistician or an optimist…

We’ll open it on my fortieth, Rob had said.

The teenagers had laughed and buried the box, sailing it across time toward an unimaginably distant shore.

They now stood on that shore. Around them were whispers from the past – old CDs, teen magazines, a Windows 95 t-shirt.

And a photo of themselves – all smiles, hope and Rachel hair.

Oddly, they were all hairier now. Well, apart from Jill, because of the treatment.

“We’ll do it again,” said Jill suddenly. She placed her smartwatch into the empty box, then looked hard at the others. They nodded.

“We’ll open it on my sixtieth,” she said.

Fire&Ice week 13 – this photo, 150-160 words and include a non-human character or a phrase in another language…

Nobody wants to see fish-bones.

Not in food, and not in a museum. Pointing out that the blue whale is actually a mammal just invites the retort “whatever”.

What people do want to see is dinosaurs.

So the Natural History Museum needed a T-Rex and, since they had just one tibia and a lot of guesswork, bones were needed to put flesh upon the bones of their ambition.

So their T-Rex is ninety-eight per cent Hope, a snarling metaphor for paleontology itself. Hope, meanwhile, is literally something else.

She has the jawbone of an ass, though not at the front, obviously, since her mouth is huge. The rest of her is mostly bear, giraffe and prairie-dog. Her fin is made of Lego.

One bone is actually from a T-Rex. They had thought it was bison.

Hope is not really a blue whale. She’s a je ne sais quoi.

Fire&Ice week 12 – use the photo above, less than 200 words, and include a dollmaker or a fugitive…

It doesn’t matter which sex is the breadwinner when there is no bread to be won.

Anke stares glumly at the newspaper. There are no jobs, because of lockdown. She is wearing her dungarees anyway, so that she can leap into action should somebody suddenly need emergency wallpapering.

Johan is making dinner. The ingredients are a swede and a jar of mayonnaise. It will not be tasty.

Their bottle-opener dangles, a taunting reminder of a time when they could afford beer.

The apartment has no heat, and the mess in front of Lotte is what happens when you try to open a tin of Pringles while wearing mittens.

Lotte picks at the Pringles while playing with her doll. Johan made it for her, and she loves it more than any Barbie.

They will get through this. They have each other.

Normally he would propel himself, but today Nikko was tired.

And besides, he was texting.

So Hiromi pushed him, pushing herself through dark memories. Of that day, the harmless looking fall. But a severed cord, a severed future – the ball not kicked, the tune not danced.

The light gone from his eyes. His retreat, to deep within himself.

And the bewildered anger of his little sister.

“Why does he just sit there?”

“Why is he always grumpy?”

Over time the light returned. He began to push himself. There are two meanings to that phrase.

And today he won a race. The green medal-ribbon danced at his neck as his thumbs sped news of his success to his friends.

He had friends again.

Behind them, Hana skipped as she chattered.

“My brother’s the best.” 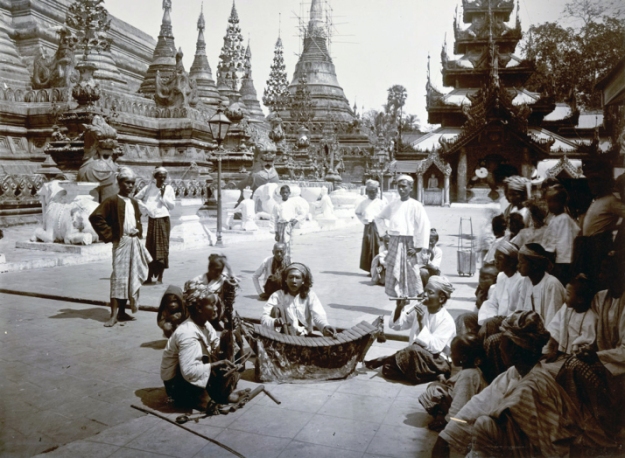 This is the photo prompt for Fire&Ice 10 –  89 words exactly, and include a student or a roadworker…

They began as a four-piece – Nyan and Thet on flute, Pemala on xylophone, Mima on triangle. Their sound, like Wagner played on a jewellery box, ice-picked in your brain and maddened nearby dogs.

They had no collection hat. There was no point.

Then Nyan left to train as a monk and, though they tried carrying on with Thet covering Nyan’s notes, they eventually packed away their instruments, and their dreams.

But Thet later found success in New Orleans jazz clubs, where a nickname like Two Flutes was practically obligatory. 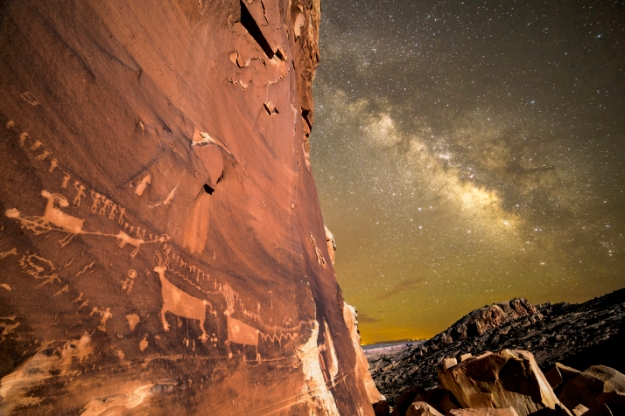 Tara. A field beside the hill.

Enter KING MACDARA [he draws upon the hill-face]. Enter BETH.

BETH: Father, what art thou at?

MACDARA: Behold the fiery trail above.
This evening while I watched the sky
Between the stars a reindeer passed,
With snout of flame, that lit the way
For fellow deer behind his hind.
They pulled a sleigh of childhood gifts
Like dolls, and books, and shiny pence
And sweets the shape of walking-sticks.
The reindeer reins were reigned by one
With cloak of red and beard of snow –

BETH: Father, I fear that madness –

MACDARA: Now, dear, one does not interrupt the soliloquy.

BETH: Of course not. Forgive me.

BETH (alarumed): Dies? What do you mean, dies?

GHOST of MACDARA: Well, it’s not one of his comedies.

Copyright © Tinman, 2008-2019. Unauthorized use and/or duplication of this material without express and written permission from this blog’s author and/or owner is strictly prohibited. Excerpts and links may be used, provided that full and clear credit is given to Tinman with appropriate and specific direction to the original content.
Worth Doing Badly
Create a free website or blog at WordPress.com.
Loading Comments...