I’ve just come back from meeting Jo & some of her friends in Avoca Handweavers, where we sat outside with our sunglasses on like people on the Riviera and stuffed ourselves full of chocolate birthday cake.

Hope the rest of your day is fun too, Jo.

And another of my blogmates, K8 the Gr8, had a baby boy this morning, her third child (three is a great number, K8, though believe me there will be times when you and TAT will feel totally outnumbered).

All in all, a great day for two great girls.

On Thursday on Twenty Major’s site, a comment thread that started being about pigs and lipstick suddenly turned to bipolar disorders. People said things like:

“What makes me truly suspicious is the use of the word ’suffering’. ‘I suffer from bipolar depression’. ‘He suffers from ADHD’.”;

“But people who get depressed, or low, and claim to have manic depression are surely deserving of ridicule according to your piece.”;

“I think this is being facilitated by too many in the medical profession. People are always relieved to find there may be an explanation for why they feel bad, temporarily depressed or have problems interacting with the world around them.”;

“Or is it a good thing to do to give something a cooool name so people can say to each other triumphantly ‘I can explain why life isn’t working out for me- and the best thing is its treatable!!’ [rattles pillbottle].” 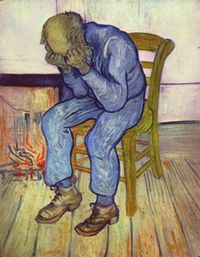 Jo from Infantasia and Problemchildbride fought back. Jo was the voice of reason, saying“What happens to the real sufferers if we just dismiss their conditions as invented or attention seeking?”.

PCB, whose own mother suffered from manic depression, wrote a brilliant rant, which included this part:

“So enough of this it’s all made up by Hollywood celebrities stuff. If you want to appear urbane or knowing or world-weary or coolly ironic or however the hell you want people to see you, I couldn’t give a flying fuck, I like to adopt that posture as much as the next person some days. We, the sane,medicated or otherwise, have that luxury. But just know that there might be some uppity bitch reading who is having a crap week and having to deal with shit from people not impertinent to this comment, who IS going to call you on it and tell you to refrain from being archly superior and just plain wrong on topics you are clearly not informed about.”

And I said nothing.

The problem is that many people do suspect that those who say they suffer from depression are really just unhappy. And those who suspect it most are the ones with the depression. Like me.

Last year I started blacking out for no apparent reason, and after various brain, blood and heart tests it was discovered that my heart-rate would sometimes slow so much that it would stop altogether. I was given a pacemaker and am now blackout free. Everyone knows about this, I’ve made no attempt to keep it secret. I joke about it, mock myself about it, and have even taken my blogging name from it (the 18 refers to the fact that a heart monitor that I was on revealed that one night my heart stopped for eighteen seconds).

In 2001, I was diagnosed with depression, and have been on medication on and off ever since. And I’ve told five people in seven years.

So, one illness I’ll discuss openly, and the other I’ll keep to myself. Because deep inside I fear that I’m just a big cod, that there’s really nothing more wrong with me than just being a grumpy git. I don’t know, but I’d guess that most depression sufferers (yes, sufferers, try it sometime) feel like that.

I know organisations like Aware are trying to fight the stigma attached to depression, the belief that it’s a failing rather than an illness, but they’ve a long haul ahead of them when the depressed themselves see it like that.

Even the fact that I’m not suicidal, because I just would not do that to my family, makes me think “see, there’s nothing really wrong with you”. (During all the medical crap last year there was a tiny part of me that thought “wow, if I die from this it’ll all be over, & I won’t have topped myself”).

When I get depressed over really stupid things, like a little boutique shop opening that I just know has no chance of surviving, or a recent one where I passed a bald man with a moustache and fell into a state about how ugly he was, how no-one would ever love him, and then how futile everything is, then my mind says “actually, you’re not depressed, you’re just mental”.

And the problem is I’ll never really be sure.