Tinson1 is in his first week at Trinity, and this is a picture of outside our front door this morning: 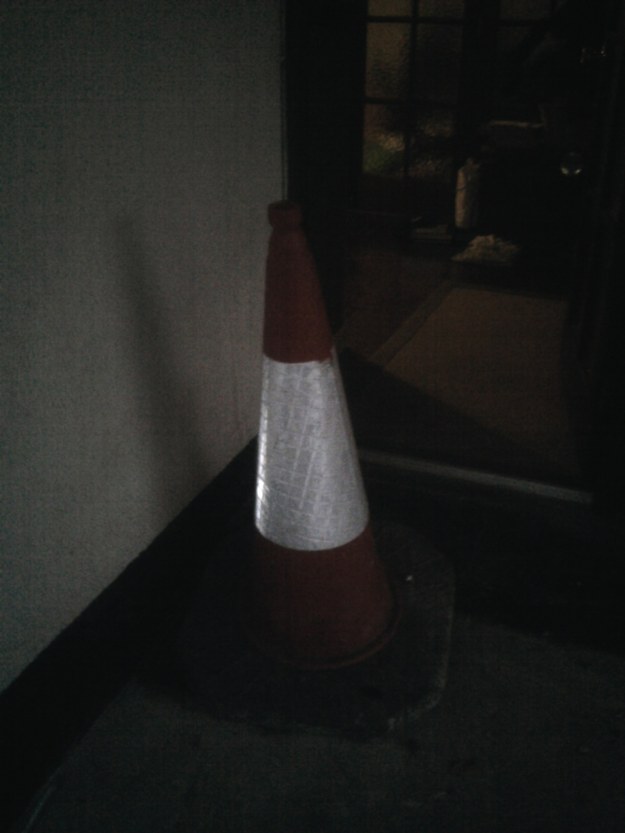 In fairness to Tinson1, I have to confess that the cone was actually put there by Eircom, who had to dig up part of our driveway to fix our phone line. The co-incidence of a traffic cone appearing at our door on the very week that Tinson1 became a student, however, was just too delicious to ignore.

So how is his study going? Well, not at all, really. His lectures don’t actually start till next week. This was Freshers Week, and all he’s done so far is register, pick his subjects, meet his mentor and join a load of Societies.

Although he’s doing Science he’s joined the Law Society (who seemingly throw the best parties) and the Philosophical Society (who presumably don’t much mind whether people like their parties or not).

Ironically, just as he’s found ways of filling both his days and evenings for the four years to come, he has received a text from the Army Reserves who had to reject him because of cutbacks last spring. It seems there is a chance he may be allowed to join after all.

That ship has sailed, however,and I would be relieved if it were not for two things.

He has joined both the Paintballing Society and the Rifle Society at TCD.

Hopefully his forthcoming acquintance with people from Law and Philosophy will teach him what it’s legal to shoot at, and whether it’s the right thing to do.