In a bizarre speech to the Confederation of British Industry last Monday, UK Prime Minister Boris Johnson praised the theme park Peppa PIg World, made car engine noises and lost his place in the speech for twenty-one seconds, muttering “forgive me” three times as he searched through the pages…

To a vast, cold hall, lined with spectral tombs. Some had effigies of their inhabitants carved onto their lids. Many were of men in armour. There were a few, a very few, of women.

This was the Hall of Albion, resting place of the spirits of the rulers of England.

The dust-motes now stirred, dancing to the the air-change as the the drifting words sounded through the chamber.

The words “forgive me”, thrice uttered by a beleagured ruler. It was the Judgement Call.

A ghostly lid opened, and King Arthur sat up. Legend foretold that he would return at the time of the country’s greatest need. It appeared that this time was now.

Arthur knew at once his calling, and that he must bring companions. He went mentally through the list of his successors, like Jim Phelps selecting his team in Mission Impossible. He knocked softly on one lid, and a spirit sat up. Arthur approached another tomb, reached out his fist, then stopped.

He didn’t want to terrify the man. He wouldn’t bring Margaret.

He chose another tomb. Another spirit rose. Arthur nodded, and the three vanished.

In Downing Street Boris Johnson was in his bedroom. He had put on his Peppa Pig pyjamas and was about to get into his racing-car bed, when the room suddenly went cold. He turned and stared open-mouthed at the three apparitions facing him.

Arthur looked at Boris’s hair. “Did we get you out of bed?” he asked.

“Never mind,” said Arthur. “You have sought forgiveness from the Council of the Ancients.”

“I really don’t think that I have,” said Boris.

“When the ruler of England asks three times for forgiveness, the Council must respond. We are here to judge if you deserve it.” He nodded to his companions. “This is Winston Churchill -”

“I know, I know,” said Boris, eagerly, “I’m a huge fan.” He extended a hand, which passed straight through Churchill’s. Boris tried to suppress a shudder.

“Twins,” explained Henry. “We took it in turns.”

Arthur produced a scroll, and unfurled it. It stretched to his knees.

“He has tried to stop a member of his party being punished for ill-conduct, cancelled promised transport for the hordes of the north, changed care rules so that the poor pay more than the rich, and walked along a hospital corridor during a plague with no mask on.”

“Well,” said Henry. “A person will make a few mistakes during their reign.”

“That was just this month,” said Arthur.

Churchill shook his head. “Never,” he said, “Have I heard such a. Litany of infamy. Committed by. Just one man.”

“Sort of,” said Boris, “though only with William Shatner.”

“Never mind that,” said Henry. “There’s no way we can forgive all that.”

An arm, clothèd in white samite, mystic, wonderful, suddenly appeared before Arthur. It brandished another scroll, which Arthur took and read. He frowned, then looked at the others.

“We have to forgive him,” he said. “Apparently it’s Thanksgiving week, and we have to pardon a turkey.”

The sofa was violet.

It had a built-in footstool, a vibrating setting, and a wine-bottle holder in each arm-rest. It was wide enough to accommodate a family of five, or perhaps just two people sprawled under open pizza-boxes, watching Netflix. It was utterly hideous.

He had been King for over a year now, having staged a bloodless coup over the bloodless Queen of May. He had freed his country from the yoke of its oppressor, which had wanted awful things like crime-fighting co-operation, free movement of its subjects and the chance to sell stuff to each other. King Boris had thought that this would make him the most powerful person in the land.

He now realised he was not even the most powerful person in his household.

It had been at Queen Carrie’s Lady Macbeth-like urging that he had made his thrust for power in the first place. She had since got rid of his closest advisor, Dominic of Barnard, whose much-vaunted vision had failed to see that coming. She now made all the important decisions, so while he was left to ponder how to sell brown sauce and Yorkshire pudding to remote Pacific islands, she had taken charge of decorating the castle.

The first thing she did was move them into their next-door neighbour’s, on the basis that their own wasn’t big enough. She then asked for a decorating budget, was given one, and tossed it.

History will ask did she have good taste. History will then remember that she had voluntarily gone out with Boris.

The bathroom was taupe, a colour and a word that exists only in interior design. The bath-taps were cherubs, gushing water from their mouths as if they were vomiting very politely. The cistern was modelled on a Vegas slot-machine. It was flushed by pulling the long lever at the side, causing three poop emojis to fill the little windows. The toilet paper had “The BBC” printed on it.

There was no mirror. You do not get hair like Boris’s if you have a mirror.

The main bedroom had flock wallpaper. In other words it had sheep on it, which King Boris could count on nights when he couldn’t sleep.

The kitchen was fully equipped, in that it had a phone that connected directly with the staff.

The sitting room had a glitterball, a ninety-inch TV and a statue of a nymph who had apparently decided to robe herself only from the waist down. It had an Alexa, though she had been so confused by Boris’s muttered ramblings that she now just wept gently. On one wall was a portrait of the historical giant on whom King Boris had famously modelled himself, Baloo the Bear.

It seemed that the room now also had a violet sofa. Boris decided it was time to speak up.

“Then get it,” said Queen Carrie. “Ask your friends.”

Carrie stared at him in genuine astonishment. Boris blushed.

“Er, well,” he stammered, “it’s just, er, we’re spending all this money, while the people, well, you know, the lockdown, the closures -”

Responding on Twitter to a video in which British Prime Minister Boris Johnson gave an explanation for his decision to suspend Parliament in September – a move which critics said was aimed at stopping MPs debating Brexit – Hugh Grant called him an “over-promoted rubber bath toy”…. 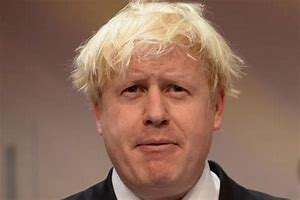 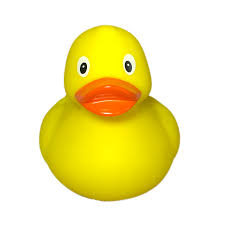 Is your child bored at bath-time? Does he find pouring water out of little beakers repetitive? Does his little toy boat insist on listing onto its side? Does he have no trouble, among all the suds, in finding Nemo?

What he needs is Boris Duck. Plastic yet oddly likeable, the Boris has now supplanted the Theresa Submarine as Britain’s leading bath toy, perhaps because his hairstyle resembles a loofah.

And why not. The Boris is virtually indestructible, a bathroom Captain Scarlet. Push him down and he wil pop back up. Land him in hot water and it will not harm him. Pour cold water on him and it will just run off.

As with all bath toys, there is absolutely nothing inside his head, but that does not seem to detract from his appeal.

Try him out. Lie back in the warmth and comfort and release him from your grasp. Watch him sail away, gaze fixed straight ahead, towards the end with the plughole.